Home What is Agar? History of Agar

The oldest history of eating agar can be found from China in the 6th century. Then, the Japanese started developing the production method of agar from the 17th century which is about 1,100 years after the first historical evidence of eating agar in China.

There are many stories regarding the origin of producing method of dried agar, however, all of them reveal that the method was found accidentally rather than the planned R&D.

For example, in the old days, people in the cold regions such as Hokkaido in Japan, were not active during the winter due to the heavy snow. During the winter, their main diet was relied on the food they prepared from the summer, such as dried meat.

Because of their high protein concentrated diet, they tried to find food that could help them break down and remove the excessive animal fat. They realized that vegetable gelatin was good for their diet thus they started eating agar.

One day, people threw away the left over agar outside. When the spring came, they found dried and white substances and realized it was the left over agar they threw away. They then discovered that by freezing and melting the agar, it loses its moisture content and such process enabled them to keep the agar for long time. Also they found that by melting the dried agar in the hot water, it goes back to the gel form after cooling.

Since then, with continuous R&D in production methods of agar, they were able to produce various types of agar including strip agar, cube agar and agar powder.

In Korea, during the Japanese colonial era, Japanese built and operated agar factories in Jangsung in Jeon-Nam Province and Miryang in Gyeong-Nam Province. After the independence in 1945, Koreans took over the factories, but they did not have sufficient technologies to manage the factories efficiently yet.

After the Coup of May 16th in 1961, the Korean government started paying attention to the development of technologies. They conducted systematic technology education with the help from the “Food and Agricultural Organization” of the United Nations and cultivated the talented technicians. As a result, factories in Korea could start producing and exporting the good quality of agar to the world.

Currently, agar is widely used in various sectors in Korea as well as in the global markets. The modern society is paying attention to healthy food and the agar is irreplaceable food for the diet.

History of Agar Properties of Agar Usage of Agar 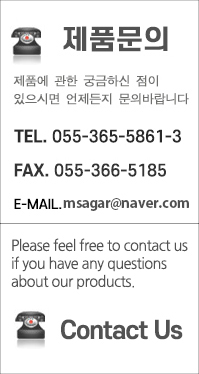